What Multifamily Housing Investors Need to Know About Reform

Years later the housing market is still feeling the effects of the crash that almost destroyed America’s real estate industry. Many markets have still not fully recovered and many families are still suffering from the consequences. While much of the discussion about the housing crash has been focused through the lens of the single-family homeowner, multifamily housing investors were affected by the crash in unique ways as well. As the government struggles to build reforms that will prevent another crash from ever occurring again, some are worried multifamily investors may be forgotten.

The Difference Between Multifamily and Single-Family Sectors
Experts and analysts are urging the government to consider the differences between single-family and multifamily sectors as they build the reforms that will control the housing market for the foreseeable future. Multifamily investors have an extraordinarily low rate of either delinquency or default, even throughout the housing crash and especially through the Fannie Mae system. The multifamily sector consists of financially knowledgeable individuals that simply do not need the protections that the single-family sector require. Furthermore, it’s simply more difficult for a multifamily loan product to fail due to the revenue opportunities present.

A Matter of Knowledge and Backing
Many single-family homeowners struggled throughout the housing crash because they truly were not aware of the financial hardship they were signing up for. Reform is required to protect these home buyers from purchasing homes that they cannot truly afford. However, multifamily investors are extremely aware of their own financial position. Historically, these investors rarely overextend themselves. Multifamily investors also have the financial backing necessary to weather difficult times, which is something that challenged many homeowners during the economic crash.

How Reform Affects the Multifamily Housing Sector
A significant amount of the housing market reforms being discussed essentially involve the placing of barriers between those that want to purchase property and the actual purchase of the property. Consumer protections are intended to be placed, affordable housing is intended to be supported on a government level and, more critically, the role of Fannie Mae and Freddie Mac is intended to be diminished if not destroyed completely. Unfortunately, the latter could be a huge blow for the multifamily housing sector.

Ultimately, the multifamily housing sector is not calling out for reform the way the single-family housing market is. The single-family housing market entrusts the average person with the ability to make incredibly large financial decisions, and thus the average person needs protection from predatory practices and the potential for astronomical missteps. The average investor, however, is knowledgeable enough that reform would only provide barriers to success. Reforming the multifamily housing sector could even lead to stagnation within the industry itself and ultimately harm the recovery and the economy.

How to Survive the Next Housing Bubble (Webinar Recap) 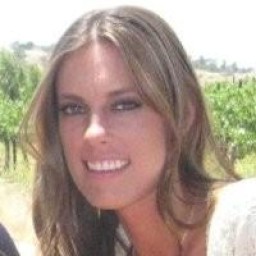 How to Survive the Next Housing Bubble (Webinar Recap)